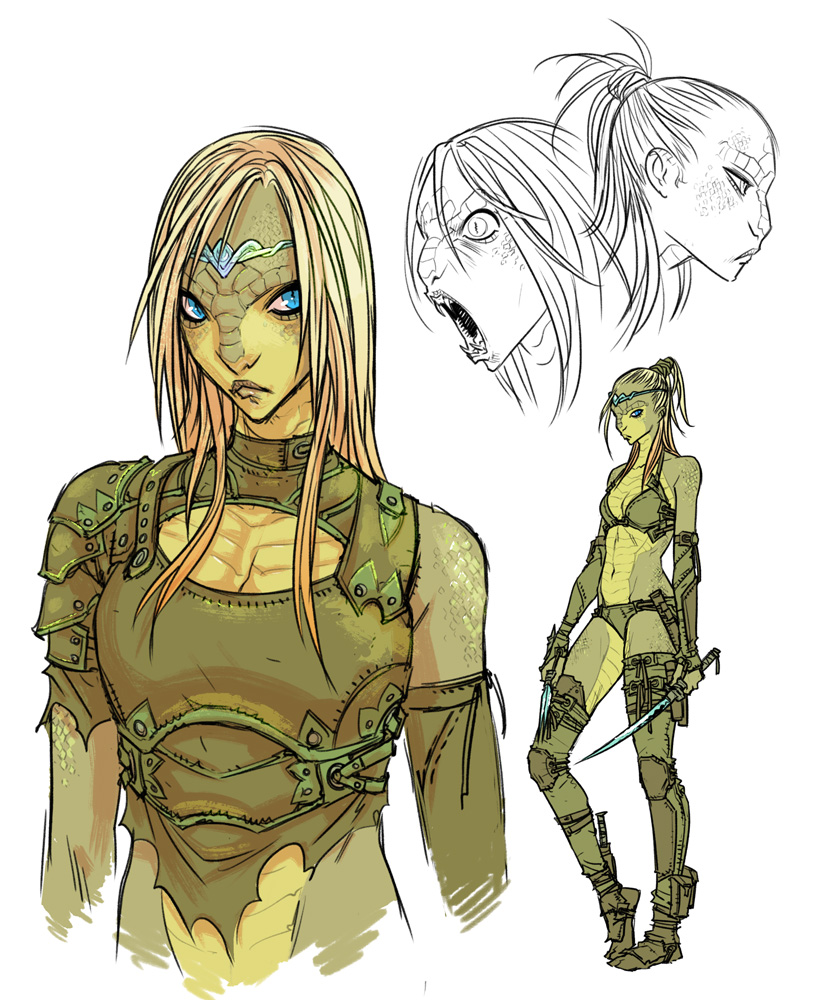 The People of the Serpent: The Sessis go about hooded and veiled. It’s not a great secret what their clothes tend to hide, nor is it that they’re hideous — but many people are a little unsettled by snakes. The Sessis mostly appear like slender humanoids with scaled skin, pointed teeth, and reptilian eyes.

Rare Goods and Unique Bargains: Sessis are generally nomadic; they’re known throughout Akriton as roving, mysterious peddlers and brokers who have a knack for finding odd wares and unusual secrets.

Bloodlines: There are two primary bloodlines of Sessis. The Ophis are the most common, and have developed a knack for venom in the interests of self-defense. The Gorgonna are a rarer, more mystical bloodline — largely female — who carry a stronger and more particular form of the serpent’s touch.

Move action
Effect: You shift half your speed. If you were prone, you may stand up as a free action before making the attack.

by: Barastrondo
See All Pages

I'm sorry, but we no longer support this web browser. Please upgrade your browser or install Chrome or Firefox to enjoy the full functionality of this site.